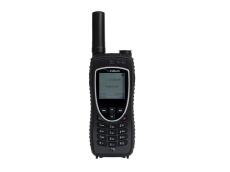 Iridium Extreme is the toughest handset ever from the only company that offers real global, real mobile, real reliable communications. Engineered with more features and more accessories than any other satellite phone on the market, Iridium Extreme puts more innovative capability — and more ways to connect than ever before — into the hands of people everywhere.

“[Iridium Extreme] simply gives you the reliability and peace of mind that other satellite handsets just cannot” – Brian Heaven, Pivotel

Iridium’s most compact handset to date, Iridium Extreme is enhanced with more features and unique accessories—giving people more ways to connect than ever before:

“What sets the Iridium Extreme handset apart is the SOS and on-board GPS. You can quickly and easily send for help and responders can be notified of your exact location, so a search and rescue simply becomes a rescue.” – Brian Heaven, Pivotel

You currently don't have any products in your cart.

For a shipping estimate on this product, please select your region from the dropdown.

This products shipping cost is
$0.00

What is a Satellite Phone?
A satellite phone is a mobile telephone which communicates using satellites instead of using cell towers.

Geosynchronous satellites orbit the Earth on repeatedly regular points over time. Each GEO satellite is stationary over one spot above the equator and therefore does not need any tracking from receiving and transmitting antennas on the Earth. GEO satellites enable the coverage of weather events. They are especially useful for monitoring severe local storms and tropical cyclones. They are best for television transmission and high-speed data transmission.

Low Earth Orbit (LEO) satellite systems fly very closely to the surface of the Earth, up to 1,500 kilometers in altitude. They deliver more significant voice quality over GEOs and transmit signals with a small margin of delay. Some LEO systems are designed for satellite phones or global mobile personal communications . These can carry voice traffic among other data formats.

Medium Earth Orbit (MEO) satellite systems operate at about 10,000 kilometers above the Earth, making it lower than GEO orbits but higher than LEO orbits. They have a larger capacity than LEOs. This enables them more flexibility in satisfying shifting market demands for voice or data services.

Highly-elliptical orbit (HEO) satellite systems orbit the Earth in an elliptical path unlike the LEO's and GEO's circular paths. Its elliptical orbit allows a wider view of the Earth and maximizes the amount of time each satellite spends in viewing populated areas. It therefore requires fewer satellites than LEOs while providing an excellent line of sight.

DBS works on higher frequencies. It is capable of transmitting higher power signals. DBS was primarily intended for home reception. This is why it is also known as Direct to Home satellite.

DBS satellites are owned by satellite TV providers. This means it is restricted to provide free channels.

A global positioning satellite system receives and compares the signals from orbiting GPS satellites to determine geographic location. Each satellite can transmit its exact location with a timed reference signal which the GPS uses to determine the distance between satellites. The location can be marked by calculating the point at which all distances cross. The information can be displayed in latitude or longitude format, or as a position on a computer map.

What does Iridium use?
The Iridium network uses 66 low earth orbit satellites in polar orbits 485 miles above sea level.

The use of low earth orbit satellites helps minimize round-trip-time, which greatly improves the perceived quality of the phone call.

The Iridum network is able to provide complete global coverage. There is no spot on the Earth where you will not be able to receive a satellite phone call through Iridium.

Is there anywhere in the world my satellite phone from Roadpost won't work?
Iridium complies with US embargo restrictions and as a result the following countries may not permit the use of Iridium satellite phones or coverage may not be available: Myanmar (formerly Burma), Cuba, Iran, Libya, North Korea and Syria.

I am going on a cruise, should I rent a satellite phone to stay in touch while on board?
Some cruise operators offer the ability to use your cellular phone on the ship, even while you are at sea. You should contact your cruise operator or travel agent before departure to learn about cellular options on the ship. Be sure to ask your cellular carrier about the per-minute rate for using the cruise ship network, as the roaming charges may be quite expensive ($2.49-$5+ per minute). A satellite phone may prove to be a better option for your cruise if you want to be assured of a consistent per-minute rate regardless of your location and the available cellular technology on the ship. A couple of tips for using a satellite phone aboard a cruise ship:

To make OR receive calls, you must be outdoors and have a clear line of sight to the sky at all times (this likely means you need to be up on deck and/or away from the superstructure)