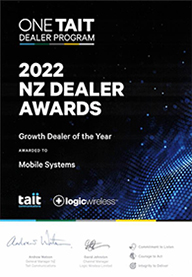 Thieves get their hands dirty on building sites, what the Government’s latest Kiwibuild changes could mean for you, and a female officer knocked out in a vicious attack in the latest New Zealand Herald headlines. Video / NZ Herald

The New Zealand Institute of Building (NZIOB) says it's a major problem that is getting worse.

Martin Fahey, NZIOB board member and project manager for Lanskey Construction, says he has sites in Auckland that get hit every week.

"There are poor old builders out there who are struggling anyway and trying to make ends meet who are having to shell out good money to protect their sites," Fahey says.

They have already dispatched police to sites more than 330 times this year – breaking all records.

Reports of thefts from sites, break-ins or graffiti attacks are now daily.

On Monday night, their cameras captured images of three teenagers tagging across a Bay of Plenty worksite, which Crosbies managing director Joshua Parsons says can be "even worse" for builders who have to spend time and money cleaning off the graffiti.

"You would rather have your generator stolen and you go and replace it rather than trying to hand over a building with big graffiti all over it," Parsons says.

However, he's heard of some builders packing up generators and taking them home at nights, just to make sure they have the key equipment for the next day.

Security cameras have even spied construction materials being pilfered moments after delivery trucks drive off.

Tauranga Police issued a warning to contractors and tradies in March to secure valuable tools and equipment after an increase in thefts targeting construction sites and work vehicles across the region.

"Construction sites are a target as they often contain high-value items such as machinery, tools, copper and other building materials, which are desirable to thieves and easy to on-sell," said Inspector Zane Smith.

"Police are urging builders, project managers and contractors to be vigilant and take steps to reduce the opportunity for offenders to target construction sites."

Canterbury Police have been investigating "a number of reports of theft from building sites" over the past six months, most relating to copper wiring.

More than 140 copper thefts from properties across Greater Christchurch over one three-week period were reported to police, the Herald understands. On just one Kaiapoi sub-division, 40 houses were targeted.

The copper grabs were often night break-ins, with thieves smashing pre-gibbed walls and ripping out wiring, causing thousands of dollars of damage often for just $50 or $100 worth of copper.

"You can't just patch-repair them, they need to be completely redone," one industry insider said.

The copper wire is likely then on-sold at scrap metal dealers.

After a police raid on a North Canterbury address on May 23, leading to an arrest and charges, there has been a "significant reduction in these types of reported offences", a police spokeswoman said.

Thefts of tradies' tools, however, remain a problem, police say, especially "during the hours of darkness".

Dean McGuigan, owner of Golden Homes in Christchurch, thinks builders have had to become more vigilant over the past year or so – with the number of builds rising, so have the number of thefts from sites.

"It used to be they'd go in and steal appliances, but now they've all got serial numbers they're not really targeting those," he said.

"Gib is probably the big one because it's pretty easy to put it on Trade Me and get a few thousand for it, and it's hard to trace.

"Copper is a real pain because it's the main cable coming into the house and they'll cut it off and then we've got to get the sparky back to junction it, which is not easy, and it's time. Any delays puts stress on clients as it is, without adding this on top. It's not ideal."

McGuigan says it's important for builders to take precautions and to establish relationships with neighbours and if they see anything suspicious after hours, ask them to call them or police.

"Both lock boxes on the houses were smashed in exactly the same way."

At another job in the Casebrook area of Christchurch cameras caught "three young guys" loading up whiteware delivered that day.

A truck, ute and Hiab truck arrived on a building site in the Christchurch suburb of St Albans around 6am with "guys in high-vis". Timber was on pallets ready to be put up that day.

A neighbour asked what they were doing and was told the timber had been delivered to the wrong building site.

They cleared off with the wood and builders got a nasty surprise when they arrived soon after.

The trucks and ute had been reported as stolen earlier.

Two guys in high-vis with official-looking shirts walked onto one Christchurch building site in the middle of the day and told builders the owners weren't happy with the kitchen and it needed replacing.

They spent four hours dismantling it and left with the kitchen unit and whiteware.

Later that day, the owner of the building company arrived and asked, "Where's the f*****g kitchen?"

"That's how brazen it's getting now," Barron said.

"Some of them are really well-organised," said Mark Quinn of Spy Tower.

"A lot of builders are really stressed. It's heartbreaking to hear some of the stories."

There are even reports of worried builders staying on site just to make sure they can finish the job without any criminal disruptions.

Some of the thefts must have insider knowledge.

"Often you'd have to know what is there to go and get it," one source said.

One Canterbury builder felt it was becoming worse every week.

"It's out of control," said the frustrated builder who did not wish to be named.

"It's getting to the point where you know something bad is going to happen, every time.

"And if some Gib or timber does get flogged, it means you have to order more and you go to the back of the queue and it adds months to the job. It's a horrendous situation for everyone, builders, house owners, everyone."

Police are urging builders and tradies to take every precaution to keep their tools and materials locked away and out of sight where possible.

"It's also important for anyone who notices suspicious activity in or around construction sites to contact police straight away," the spokeswoman said.

"We would rather it be a false alarm than miss the opportunity to prevent crime."

See a sample of our range of CCTV surveillance equipment including Viewtech, Dahua cameras and solar power systems on our website here