Perhaps one of the most important and often least considered items of safety on a boat is a marine radio, or more precisely a VHF. 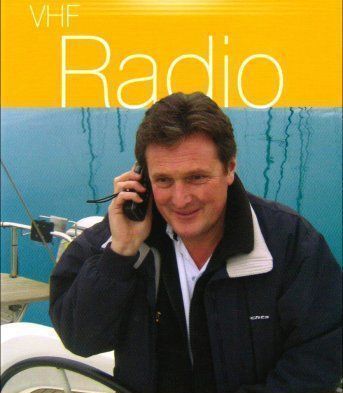 It wouldn’t be safe to be in your home without a phone to call 111, and it’s not safe to be out a sea without a properly working communication device.

There are a number of communication devices you can use, including cellphones, SSBs and even more sophisticated communication devices such as Iridium phones.  However for the majority of trailer boat owners, a VHF is about as good as you need.  A cellphone makes a great back-up, especially as the coverage is so good on the water in popular areas.  However cellphones coverage is limited to areas of higher population density.  Therefore, if you suddenly find yourself in an emergency situation and you need to call for help, a VHF should be your first choice.  VHF Marine coverage is extensive, and 24/7, so a call will likely be heard by someone, whether Coastguard or a private listening station.  Response time to assist you in whatever emergency you have will be shortened by being able to contact the right people immediately.

Heinrich Hertz discovered that energy generated by a transmitting oscillator could be detected from across his laboratory by using a gapped metal loop.  Guglielmo Marconi seized on this idea to build a wireless telegraph and started experiments in 1894.  When the Italian Ministry of Post and Telegraphs said it was not interested in his inventions, Marconi moved to England in 1896.  The British were extremely interested and gave him all the support he needed.  Marconi obtained a patent and set up the Wireless Telegraph and Signal Company.  It was the maritime industry that first embraced the benefits of marine radio and ships communications were greatly improved by his inventions, and many lives were saved using his wireless telegraph system, including survivors of the Titanic, which had a Marconi wireless on board.

The Wireless Ship Act was passed by the United States Congress in 1910, requiring all ships of the United States travelling over two hundred miles off the coast and carrying over fifty passengers to be equipped with wireless radio equipment with a range of one hundred miles.  The legislation was prompted by a shipping accident in 1909, where a single wireless operator saved the lives of 1200 people.

To use a VHF radio, turn the power on and tune to channel 16.  Listen for a moment to ensure that no one else in using the channel.  To speak, press the button on the side of the microphone and say the name of the boat that you are calling, and repeat it, then the name of your boat, and say “over” before releasing the button.  If the boat that you are calling hears the call, someone will respond.  If you receive no response, wait for two minutes and the try again.

VHF etiquette permits you three calls at two-minute intervals.  If you get no response, you should clear the airwaves for others users.  If you do get a response, press the button on your mic and suggest another channel.  Channel 16 is reserved for calling and must be kept open for distress calls, so once you have contacted another boat, you must switch to a different channel.

The main reason all boaties should have a VHF radio is in case of emergency.  To announce a life-threatening emergency over the VHF, tune to channel 16, press the button on the microphone and state as clearly as possible “Mayday, mayday, mayday” then the name of your vessel, your position in latitude and longitude and the problem, such as “We are sinking”.

Repeat a distress call three times.  If you have enough time, you can describe the boat and who is on board.  If you do not get a response, continue to send out the call every few minutes on channel 16.  Meanwhile, scan the other channels, trying to find a conversation taking place that you can interrupt in order to summon help.  If you do not have a life-threatening emergency, replace “Mayday” with the word “Pan”. 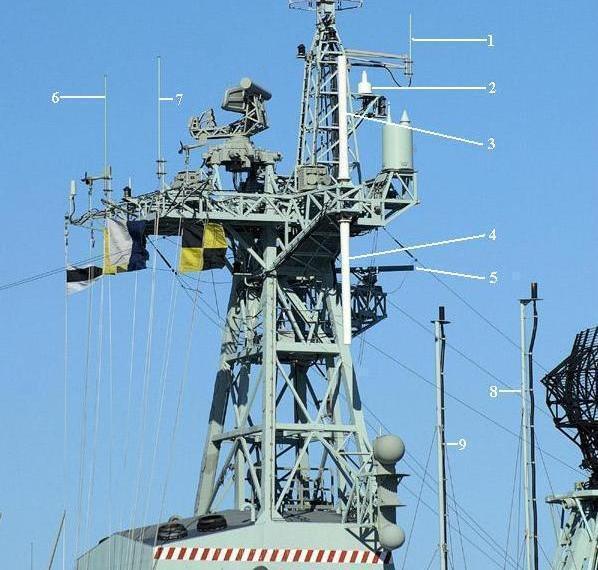 VHF radios work on a premise of reception known as line of sight.  Line of sight is the ability of the radio to receive signals in a straight line depending on the environment the VHF radio is operating in.  A VHF radio’s ability to receive or transmit signals can be affected by many things, such as buildings, mountains, hills and other terrain that can keep it from sending a signal in a straight line.  Mounting your antenna as high as possible such as the highest mast on a boat or standing with your hand-held at the highest point possible in the surrounding terrain will make it easier to surmount the problem line of sight reception and transmission can present.

Antennas and Types of VHF Radios 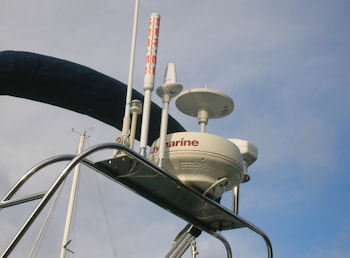 There are two main types of VHF radios to choose from for functionality purposes and they are each slightly different in structure.  Fixed-mount VHF radios are by name, attached to a static location such as a wall, or dashboard of a ship.  These types of VHF radios are generally attached to a power source other than a battery and have the highest transmission and reception capabilities of up to 25 nautical miles.  The antenna of a fixed mount VHF radio is attached to the radio by a coaxial cable and as a rule should be at least 1m away from the radio to avoid interference such as squeals.

A hand-held VHF radio has an integrated antenna, just like a cellphone.  These radios are either powered by replaceable or rechargeable batteries and have a dramatically decreased operating range of up to 5 nautical miles.  Different types of antennas will yield a varied signal wave pattern measured in decibels.  The lower the decibels an antenna has, the broader and less concentrated the wave patterns it will generate during transmission which also diminishes the signal strength and reception.

A VHF radio with a lower decibel antenna is best used in places that allow for higher mounts.  As a general rule, the taller an antenna is for a VHF radio, the better transmission and reception capabilities it will produce.